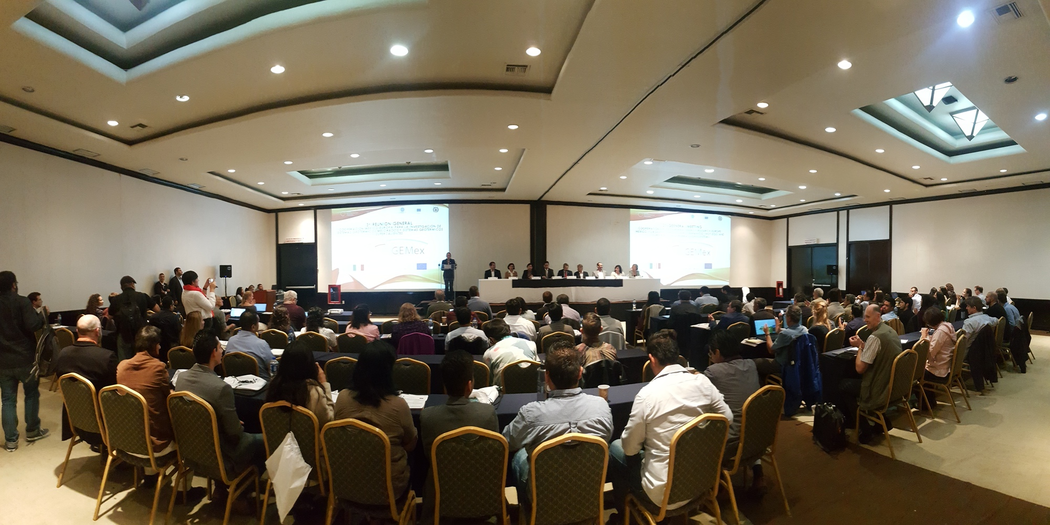 Both, the European and the Mexican consortia, met from 18-20 October 2018 for the 3rd General Assembly in Morelia, Mexico. Since the University of Michoacan University of Saint Nicholas of Hidalgo (UMSNH) was hosting the meeting, the rector Medardo Serna González welcomed the project partners in an opening speech. 42 European researchers, 50 Mexican researchers, 12 guests from the Mexican Federal Electricity Commission (CFE) and at least additional 30 students from the Mexican partner institutions were intrigued by the update of project results on the first day. Scientists from all the disciplines involved in GEMex, presented their work, and showed the enormous amount of data and knowledge up to now collected. Almost all field work at the two geothermal sites under investigation are finished and data analysis and interpretation are currently the main tasks of the GEMex scientists. Data are currently shared between project partners, but the interested geothermal community and general public can already get a first impression on the GEMex Open Access Database, where all the sampling points and station of measurements are collected, described with metadata and showed as map by the webGIS tool.

The second day of the meeting started with a poster session which invoked detailed discussions on the presented results. The debate was then continued at work tables which were dedicated to the identification of knowledge and results which can be integrated with outcomes across disciplines. Data integration is the big challenge which the GEMex team is going to tackle in the next months. With a solid partnership between the Mexican and the European team and CFE as the collaborating industry partner, we are positive that this integration will boost our understanding of the superhot geothermal system at Los Humeros and the hot dry rock geothermal system in Acoculco and, finally, pave the way towards useful exploitation concepts.

Main results, which were confirmed during the meeting, concerned the recharge mechanism of Los Humeros geothermal field. Fluid analysis (in particular stable isotope analysis, i.e. D and 18O) of cold and thermal springs in the region around the caldera indicates that regional recharge cannot be ruled out and it could represent an important percentage of the total amount. Hence, a more regional recharge, than previously assumed, is possible. Analogue modeling of caldera collapse with pre-existing faults was able to accurately reproduce the caldera geometry of Los Humeros, which confirms the assumption that the shape of the Los Humeros caldera is strongly influenced by pre-existing faults. Geologists also released a new geologic map and stratigraphic section for the Las Minas region, which is considered to be an exhumed geothermal analogue of the active Los Humeros geothermal system (see also Deliverable 4.2). 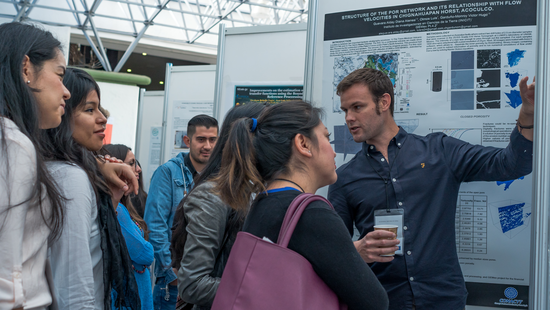 In Acoculco the progress presented were mainly related to geological and thermal structural aspects, hydrogeological fluids pathways and the planning of the stimulation. Thermal modelling points out a possibility to have the top of the intrusion at 2300 ±400m at a temperature of 850 ±50°C in a form preferably of a dike. Damage zones have been recognized during the field works and thus modelled. A complete hydrogeological survey indicated that, similar to Los Humeros, a regional recharge is possible and that the carbonates might play an important role in the regional hydrogeological flow systems. Stable isotope composition of cold springs is compatible with that observed in Los Humeros. This finding highlight the importance of the meteoric recharge process at regional scale.